Hadley Husisian fences her way onto the national team 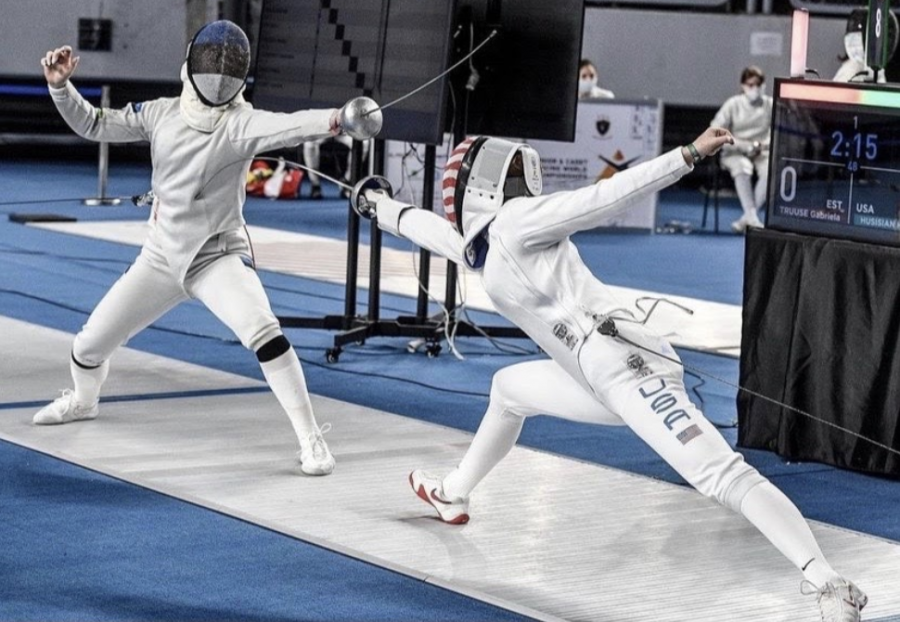 In competition, Hadley lunges at her opponent. (Photo: By courtesy of Hadley).

In a remarkable achievement for any high school student, junior Hadley Husisian represented the United States on the Junior National Team at the World Championships in Cairo, Egypt, on April 3 to 11. Hadley placed third during the seeding round, but was disappointed in her performance in eliminations. Even so, the U.S. women’s team came in fourth for the team épée.

Now ranked sixteenth internationally in the Junior division, Hadley began when she was ten years old. Inspired by episodes of iCarly that featured a character who was into fencing, and supported by her parents, Hadley has been training hard ever since. She dedicates around 30 hours a week to training, and travels around the world to compete in various tournaments.

“What first drew me to fencing, other than thinking it was cool to swordfight, was the individual aspect of it,” Hadley said. “Though there are team events in fencing, the majority of the time, it’s just you against one other person, and all of your successes and failures depend on how you perform on the strip.”

The most prominent tournaments in fencing are the North American Cups (NAC) alongside the World Championships. Hadley found great success during her time in the Cadet division (17 and under), winning three gold and one silver national medal during her time in the division. Her accomplishments also landed her one of three spots on the national team, representing the U.S. in the 2021 World Championships.

“Right now, my short-term goals are to remain first in the country and to improve my international rankings,” Hadley said. Hadley’s goal is to make the Olympic team in 2024.