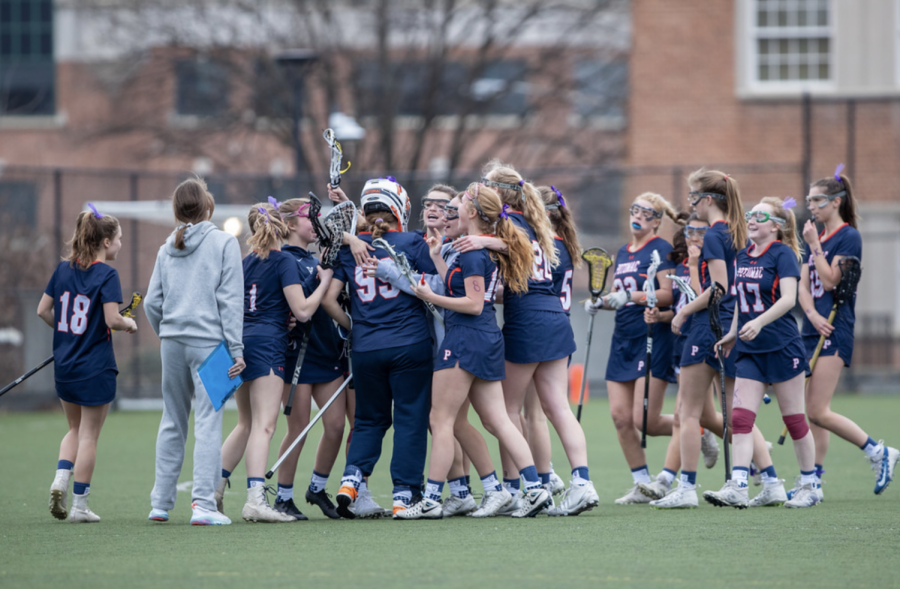 Below is the website to the One Love Foundation — we encourage everyone to take the time to look at their mission and spread awareness beyond our Upper School community. https://www.joinonelove.org

With the unfortunate premature end of spring sports this year, Potomac athletics has been trying to think of ways to keep their players active and engaged in sports through the end of the school year. Girls varsity lacrosse has chosen to spend their time at home raising awareness for the One Love Foundation in memory of Yeardley Love.

Yeardley Love was a lacrosse player at the University of Virginia who was tragically beaten to death by her ex-boyfriend three weeks before graduation. To support this foundation, the varsity lacrosse team has pledged to complete one million or more yards in the forms of runs, walks, bike rides, or any other movement of their choice.

To reach this goal, each player has been tasked with completing 28.6 miles during the month between April 3 to May 3, marking the tenth anniversary of her passing.

Varsity lacrosse has chosen to participate in yearly Yards for Yeardley initiative started by the One Love foundation due to the connection head coach Claire Berg had with Yeardley. At Virginia, Coach Berg and Yeardley were on the same lacrosse team for two years and became great friends both on and off the field.

“Yeardley impacted so many people with her regular demeanor. Her positivity, her laugh, she was just someone that everyone who met her found her to be so kind, so nice. She was one of those people that you only needed to meet once, but had an infectious smile,”  said Coach Berg.

The passing of Yeardley caused a huge wave of support from not only her friends and family but from people around the country. With so many people seeking ways to give support, the Love family created the One Love Foundation to promote awareness about relationship abuse for high schools and colleges. Also, One Love has previously been presented in an Upper School assembly.

“In the months after her death, there was such an outpour of support, and people wanted to do something about it… the foundation really grew from the fact that many of us who went to school with Yeardley saw warning signs, but didn’t really do enough about it. People felt empowered to use their grief and energy to be productive,” said Coach Berg.

In previous years, the UVA lacrosse team and Yeardley’s sorority would run a 5K in support for the organization. This is the first year the event is virtual, enabling many people to participate and run on their own time.

One Love’s goal is to promote awareness, especially to teenagers and young adults, about the dangers of an unhealthy relationship. Varsity lacrosse is participating in Yards for Yeardley this year to show their support and spark interest in others to look into the foundation or express support in their own way.